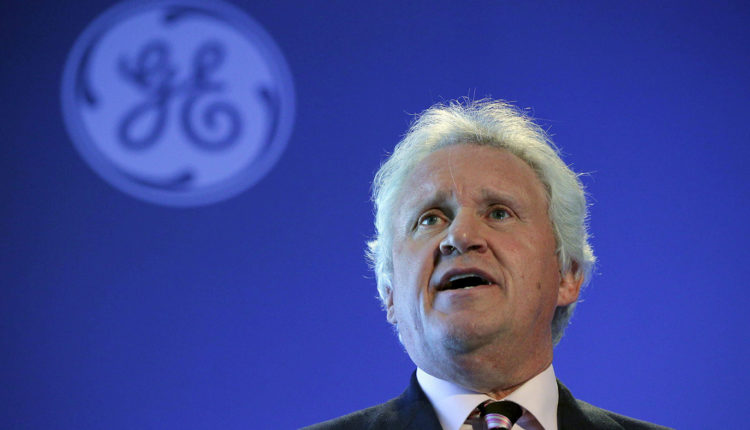 Alarms have been ringing over recent weeks about possible Asian aftershocks from a trade war between America and China. Much of this is overblown, given the regional knock-on effect of threatened tariffs is likely to be minimal. Far more worrying are the potential long-term corporate-level changes as global businesses reshape their supply chains in anticipation of a new protectionist era. Taken together, such shifts could have far-reaching consequences for export-dependent Asian economies.

So far, U.S. President Donald Trump has threatened China with $150 billion worth of tariffs on goods ranging from aerospace components to industrial robots. China has responded in turn. Many observers expect an eventual climb-down: U.S. Treasury Secretary Steven Mnuchin will travel to China next week to seek some kind of face-saving deal. Yet it is hard to tell if the threatened tariffs can now be stopped, and, if not, how quickly they might escalate into even more restrictions.

Large though those tariff numbers sound, their implications for U.S. and Chinese trading partners will be fairly small. Hardest hit will be trade-intensive open economies like Singapore and Taiwan. Exports to China and the U.S. combined account for more than 20% of both countries’ gross domestic product, according to Morgan Stanley, an investment bank. If tariffs hit Chinese exports to the U.S., suppliers to Chinese companies around Asia will be hit in turn. But reasonable assumptions suggest these costs would still only amount to at most a small fraction of 1% of GDP in even the most trade-intensive regional economy, according to data from the Organization for Economic Cooperation and Development.

But the knock-on effects of even a minor trade war could be much more damaging, however. Big multinationals with supply chains around Asia are far from blind to the risks the current moment holds. They know that previous protectionist waves in the early 1930s and late 1970s had a nasty habit of getting out of hand, especially as nations initially unaffected by tariff threats begin to feel domestic pressure to protect their own industries too. Today, prudent companies will be preparing for the worst.

Some have already done so. Two years ago, Jeffrey Immelt, then-CEO of General Electric, the U.S. industrial conglomerate, announced dramatic plans to being localizing production in particular national markets, citing the rising risks of “a protectionist global environment.” GE’s plan is to spread out by building new factories in emerging markets like India or Saudi Arabia, and in the process giving it much flexibility to shift production between different locations if needs be. “We used to have one site to make locomotives. Now we have multiple global sites,” Immelt explained. “A localization strategy can’t be shut down by protectionist policies.”

As the risk of protectionism rises, and with it the cost of trade itself, more CEOs are likely to follow Immelt’s lead, by reining in their supply chains and taking other steps to make themselves less vulnerable to trade restrictions. This will not be all bad. Localization by big companies will open up opportunities for some local suppliers. Some optimists even think emerging Asia might benefit from increased trade risks, for instance if global companies, fearful of new U.S. tariffs, shift production out of China and toward producers like Indonesia and Vietnam. Nor will trade costs be the only factor at play in decisions about future supply chains. Ongoing declines in the cost of digital communication are still making it easier to manage complex and distant suppliers, as trade economist Richard Baldwin points out, providing one potential counterbalance.

Yet the idea that a possible new era of sharply escalating trade costs will prove beneficial for Asia, the world’s most trade-dependent region, still seems improbable. International Monetary Fund head Christine Lagarde warned last week that trade uncertainty would soon hit corporate spending. “When investors do not know under what terms they will be trading, when they don’t know how to organize their supply chain, they are reluctant to invest,” she said. Just as likely, these companies will begin to rationalize their supply chains too. Not many have the global scale to localize along the lines of a giant like GE. Instead many American, European and Japanese companies will look to make supply chains shorter and simpler, partly by pulling a greater portion of their production back to domestic markets, and partly by relocating it closer to home in places like Mexico and Poland.

This would be bad news for consumers and companies alike, adding costs to both. But it would be particularly worrisome for suppliers in low-cost, labor-intensive Asian economies, who have grown by shipping their products out to those same multinationals. Asia’s exporters are already fretting about unrelated developments that might begin to push global manufacturers to “reshore” activities, notably the replacement of human workers with industrial robots. Now trade frictions threaten to accelerate the same trend.

The effect of all this could be severe, and much more so than the direct spillover from threatened Chinese and U.S. tariffs. The more abrasive their trade arguments become over the coming weeks, the more companies are also likely to conclude that this episode is part of a broader protectionist turn, not a Trump-related one-off. Asia’s economic successes over the last half century have rested on the ability of its companies to integrate themselves within global supply chains. Now a miracle revealed gradually over decades risks being undone far more quickly.

Didi Chuxing took on Uber and won. Now it’s taking on the world