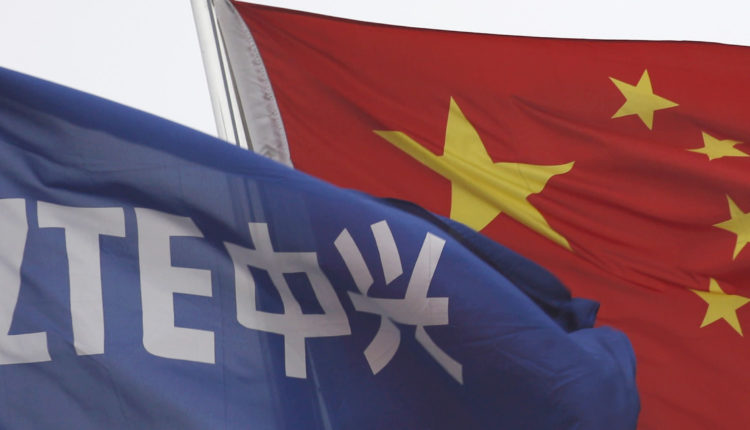 The recent trade truce has provided a welcome cessation of hostilities between the U.S. and China. But given the festering issue of technology, and China’s need to acquire more of it, the ceasefire agreed on the weekend of May 19-20 will only be temporary.

For all its other faults, President Donald Trump’s trade brinkmanship has rightly placed renewed focus on China’s need to acquire foreign intellectual property. China, for its part, shows no sign of backing away from grand plans to build advanced manufacturing industries, most of which require technologies from abroad. These two strategies place the world’s largest economies on a path to near-certain further conflict.

Yet viewed from China the picture looks different. Officials in Beijing watched in horror this month as America blocked telecoms group ZTE‘s access to U.S.-made components, after a long-simmer row over Iranian   and North Korean sanctions. The move pushed ZTE temporarily into bankruptcy, until Trump offered a last-minute reprieve, and rammed home to China’s leadership the urgency of reducing its reliance on foreign technology.

The fact that Trump appears to have yielded to personal pressure from Chinese President Xi Jinping to revisit the assault on ZTE does not alter the fundamental conflict over technology. A nascent rebellion in the U.S. Senate against the reprieve underlines the point that this issue will now turn into a festering economic conflict, without an end in sight.

Across a range of industries China is only too aware of how far it lags behind, according to Professor Guojie Li, director of the Institute of Computing at the Chinese Academy of Sciences. “We talk a lot about Baidu, Alibaba and Tencent, which are among the largest companies in the world,” he said during a symposium on Chinese innovation which I attended in Beijing in mid-May. “But for the basic software and hardware, China is relatively weak.”

The response to this realization arrived three years ago via “Made in China 2025,” a government plan to boost investment in 10 advanced sectors, from aerospace and electric vehicles to medical devices and robotics. As Trump’s trade negotiators know well, this plan will be hard to deliver without adopting foreign technology.

In some ways China’s approach is familiar. It has built national champions before with a mix of state support, domestic protection and imported knowhow. ZTE followed this path, as did telecoms equipment maker Huawei. What is new, however, is its scale. The 2025 plan is said to be inspired by Germany’s “Industrie 4.0,” a government-led advanced manufacturing push with a budget of 200 million euros ($235 million). Beijing, by contrast, has pledged investments of “hundreds of billions of euros,” according to the European Union Chamber of Commerce in China.

This sounds bold, but it is actually risky for China for two reasons, the first being its increasingly state-led development path. China is now firmly an upper-middle income economy. It hopes the 2025 scheme will propel it through the middle income trap, a term used to describe nations whose development stalls before they reach advanced economy status.

Those in Asia who have made this leap, such as Japan, South Korea and Taiwan, often did use state power to protect domestic industries. But they had largely abandoned this approach by the time they reached China’s stage of development, exposing their economies to foreign trade and investment instead.

Xi is heading in the opposite direction, abandoning in the process the old policy of “reform and opening up.” The 2025 plan is striking for its emphasis on using state-owned enterprises to develop advanced industries too — precisely the opposite strategy from that followed by countries like South Korea, which forced its champions to face the rigors of global competition.

This statist Chinese approach then brings the second problem into view, namely the collision course it sets up with the U.S.

Whatever else it might have done, the recent period of trade saber rattling has not caused Beijing to rethink its 2025 program. Given the travails of ZTE, it is more likely to have done the opposite. Put another way, China is launching a major push to acquire advanced technology just as the U.S. has become hyper-sensitive to exactly this policy.

This is not to give credence to all of the wilder accusations made by Trump’s trade team, who often appear to suggest that all Chinese technological advances come either via illicit espionage or so-called “forced” technology transfers. In trying to learn from advanced foreign technology China is merely following what all other industrializing countries have done before it. Many of its advances come from domestically funded research. In so far as China has acquired technology from the U.S. and the EU, the great bulk is likely to have come via commercial deals with willing foreign partners.Even so, this sets China on a dangerous path. Under Trump, the U.S. is looking for excuses to push back against Chinese competitors, be that by imposing tariffs for IP theft or blocking commercial acquisitions. EU leaders profess to be uncomfortable with Trump’s tactics but share his concerns about technology.

More to the point, China is pursuing its new industrial goals with a state-led strategy that is strikingly different from those employed by other Asian economies, and arguably much less likely to succeed. “Made in China 2025” tends to be seen as a sign of China’s industrial might. It could well prove to be its economic undoing.