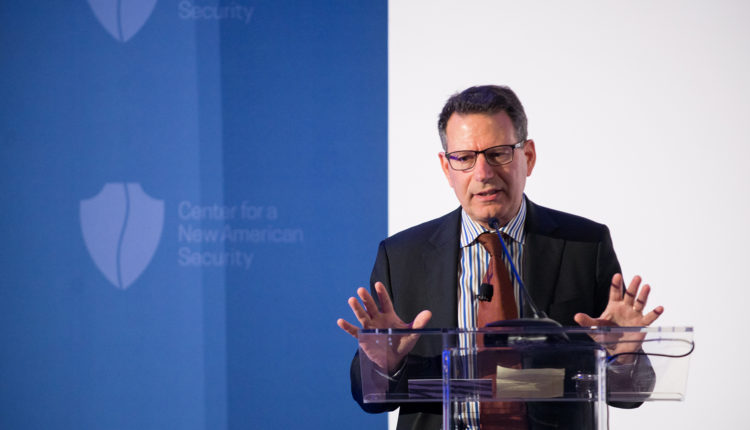 A hard-headed realpolitik now governs the battle for influence between China, the US and India

Narendra Modi and Xi Jinping met in China’s historic city of Wuhan last month. Greeting each other warmly, the Indian and Chinese leaders talked over cups of tea and strolled in bucolic gardens. President Xi noted he had only twice met a visiting foreign leader outside Beijing. On both occasions, it was for Modi. Yet rather than demonstrating cordial ties between Asia’s ascending giants, the meeting served mostly to highlight divisions, given Sino-Indian relations have worsened greatly since Modi became prime minister in 2014, in particular after a military stand-off near the Bhutanese border last year. Both sides wanted a “reset”.

Modi’s position was the weaker of the two. India’s economy is smaller than China’s, and its military far punier. Many in New Delhi feared that the subtext of the summit was a plea that China should avoid more meddlesome border incidents that could destabilise Modi’s re-election campaign next year. Xi appeared more self-assured, having recently extended indefinitely his term as leader. Yet for all the rapidity of his ascent, China’s leader also often appears unsure how best to manage the complexities of his new global reach.

This pervasive sense of uncertainty is part of what US foreign policy thinker Robert Kaplan calls The Return of Marco Polo’s World, meaning the emergence of a new global order that would seem oddly familiar to the 13th-century explorer. Conventional wisdom suggests America is in relative decline while China, India and other emerging powers are on the up. Kaplan’s vision is more complex. “The map will increasingly be defined by a new medievalism,” he writes. The power of states will decline while loyalties to “city, empire and tribe” will matter more, as they did before the advent in the 17th century of the modern nation state following the Peace of Westphalia. “The smaller the world becomes because of the advance of technology,” Kaplan writes, “the more permeable, complicated and overwhelming it seems, with its numberless, seemingly intractable crises.” Little wonder even powerful leaders such as Modi and Xi struggle to make sense of it.

Kaplan’s book is a stimulating account of a coming era of global confusion. Its first chapter laying out his thesis, which started life as a paper commissioned by the US defence department, is especially good. The other chapters are drawn mostly from older magazine essays, including a series of profiles of global thinkers such as Samuel Huntington, the Harvard political scientist, and John Mearsheimer, a controversial “realist” international affairs scholar. Realism views the world as “an anarchic jungle” populated by anxious, self-interested states, and basically sums up Kaplan’s views. He even devotes a highly critical chapter to Donald Trump, arguing that the US president’s policies do not deserve to be viewed as part of the same school.

Technology is crucial to Kaplan’s understanding of the coming world, both for the way it empowers protesters and terrorists, but also because it drags major powers into localised conflicts

Geography matters to Kaplan, as does history. He is upbeat about the future for long-lived civilisations such as Iran and Turkey, even if their economies are shaky. Technology is also crucial to his understanding of the coming world, both for the way it empowers protesters and terrorists, but also because it drags major powers into localised conflicts, as happened in Syria. Other factors, from quarterly growth figures to military budgets, concern him less. The ideas he draws from this worldview are divisive but compelling. In Monsoon, an earlier book, he coined the metaphor of a “string of pearls” to describe China’s proliferating naval bases around the Indian Ocean. Academics often treat the concept snootily, claiming it has little predictive value. But it is still widely used by diplomats and journalists, because it describes so nicely what most think China is up to, namely spreading its reach across India’s backyard.

In this latest work, the image of Polo describes a new and enlarged geopolitical playing field. The path of Polo’s journeys across the Eurasian landmass is often called the “silk road”, even though that phrase was coined only in the 19th century. Kaplan thinks this same region will now be the heart of 21st century conflict. “As Europe disappears, Eurasia coheres,” he writes, suggesting that a weakened west can only watch as Eurasia itself becomes the focus for international competition. Against this backdrop the US must understand its inability to shape global events as it did after the cold war. Instead, America’s objective should be simple: to stop China dominating eastern Asia in the way the US itself does across the western hemisphere.

If one project defines this new moment, it is China’s “belt and road” initiative. Originally known as “One Belt, One Road”, the term “BRI” describes a series of daring energy and transport projects involving Chinese investments of $1tn or more. Some spread overland through Eurasia, while others — that “string of pearls” — snake around the Indian Ocean and towards Africa. BRI’s scale dwarfs the endeavours of earlier great powers, from Britain’s colonial rail building to America’s postwar Marshall Plan. And although BRI’s tentacles now stretch as far as Latin America, few places show its reach more clearly than south-east Asia. Sandwiched between Asia’s rising giants, the region once known as Indochina is becoming an ever more important focus for great power competition. According to Will Doig in High Speed Empire, a short work examining China’s plans, Xi’s ambitions amount to nothing less than “a plan to reclaim the country’s global centrality”.

A US-based journalist, Doig travels through Laos, Malaysia and Thailand, spinning an engaging narrative that focuses mostly on China’s “railway diplomacy”. This is big business: in 2015, 41 per cent of global rail revenue went to Chinese companies. In landlocked Laos, a communist-ruled backwater, China plans to link its own southwestern city of Kunming to Thailand. Eventually the line will head to Malaysia and join another mooted high-speed link, creating an artery stretching from Beijing to Singapore, as Xi seeks to create “a region infused with Chinese connections, influence and control”.

Yet for all its financial and engineering might, China’s mega-projects are often troubled. Doig tells the story of the former deputy prime minister of Laos, a rough-and-tumble dealmaker called Somsavat Lengsavad, who brought in billions of investment via Chinese infrastructure and property schemes. Yet the country’s gleaming new rail line is unlikely ever to turn a profit, while China offered loans at ruinous interest rates, leaving Laos mired in debt. Costing about $6bn, the rail project’s budget amounts to roughly half of the country’s gross domestic product.

Similar problems dot Asia. Debts dog BRI projects from Sri Lanka to Myanmar. Corruption is an issue. Locals complain about projects built by migrant Chinese workers. Doig describes a giant special economic zone in Malaysia that was mothballed when its Chinese developer ran out of funds. Anxieties about China also provided the backdrop to this month’s surprise Malaysian election, when Mahathir Mohamad, the 92-year-old opposition leader and China critic, re-took power. In Laos, Somsavat was purged for his pro-Beijing views, opting to become a Buddhist monk instead. His country’s troubles are not unusual across poorer parts of Asia. “The very qualities that have helped China gain entry — dysfunction, corruption, poverty — are also the qualities that can turn large-scale, long-term projects into mazes with no exit,” Doig writes.

So far, India has been unable to match China’s powerful infrastructure diplomacy, although under Modi it has new ambitions to spread its influence abroad. Like the US, India worries that China wants to become a regional “hegemon”, a fear that has driven the world’s two largest democracies closer over recent years. But it is India’s own burgeoning self-confidence that concerns Alyssa Ayres, a former US diplomat, whose book Our Time Has Come provides a fascinating and timely account of a nation growing “less and less reticent about its global ambitions”.

America’s calculus is crude but logical: if there are two big powers in Asia, namely China and India, one alone cannot dominate

Once a leader of nonaligned nations, India itself now aspires to be a “leading power” able to shape events and win a greater role at global institutions such as the UN. This new assertiveness flows partly from a growing economy. But the accident of geography plays a role too, as Kaplan notes: “If the early-twenty-first century has a geographical focus, this would be it: the Greater Indian Ocean from the Gulf to the South China Sea, and including the Middle East, Central Asia and China.” India is especially fearful of encirclement by China’s powerful military. Modi’s aim is therefore what Ayres calls “attaining primacy in the Indian Ocean”, an aim India is pursuing with plenty of US support. America’s calculus is crude but logical: if there are two big powers in Asia, namely China and India, one alone cannot dominate. So far, India has made only tentative steps to match China’s big-spending infrastructure push, but in time it too will use its economic sway to buy friends and influence allies.

In turn this explains why Indian and Chinese relations have fallen so low of late. Competition between the two is rising not because their leaders are belligerent. Rather, it is because as they grow, their sense of their own self-interests is growing too. Hungry for commodities and with people spread around the globe, both are expanding what they view as their core national interest. As they do so they risk becoming more entangled in the kinds of new, complex global problems Kaplan’s book describes. Sino-Indian flashpoints are more likely too, even beyond their long and disrupted shared border, over which they fought a war in 1962, which India lost. At their recent summit, Modi and Xi instructed their armies to avoid any further border spats. This lessens the odds of armed conflict, but such a scenario still cannot be ruled out.

Kaplan begins his book with a line from international relations academic Kenneth Waltz, noting glumly that “theorists explain what historians know: war is normal”. Later he quotes US cold war-era diplomat George Kennan explaining the logic of colonialism: “Unless we took those territories, somebody else would.” A similar hard-headed realpolitik now governs the battle for influence fought between China and the US, and increasingly India too. A new world of geopolitical competition is being born, but one where even powerful states cannot entirely control events. This uncertainty makes for confusion, and potentially for conflict too. The amiable tone of summit meetings such as Xi and Modi’s in Wuhan suggests the Asian century might be more stable than the period of American hegemony that preceded it. That impression is likely to be misleading.