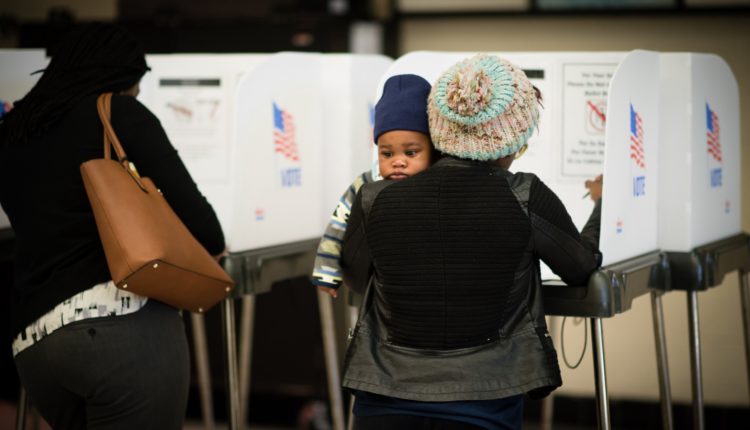 Book Review: Dambisa Moyo’s ‘Edge of Chaos’ presents a divisive manifesto on how to fix democracy

It takes a couple of hundred pages before anything approaching a controversial idea emerges from Dambisa Moyo’s Edge of Chaos, in which the Zambian-born author takes aim at the economic failings of the west. Indeed, until her conclusion, Moyo’s argument is oddly conventional.

In her account, the advanced industrial economies are suffering an epidemic of weak growth. Beset by “myopia”, their leaders fail to take tough long-term policy decisions. Public protests are increasingly common. “Liberal democratic capitalism has become weak, corrupt and oblivious to its own failings,” she writes. Little wonder the world gazes in awe at China instead.

As a remedy, Moyo presents a manifesto of 10 fixes to counter “the corrosive short-termism that has beset the democratic process”. The first eight are moderately interesting, ranging from campaign-finance reforms to electoral cycles that last longer than five years.

But the final two certainly catch the eye: first introducing minimum voting requirements, for instance by requiring voters to pass a civics test; and then weighted voting, meaning a system in which those judged to be more qualified would see their votes count for more than those who do not.

Taken together, Moyo claims, these two reforms could create “three tiers of voters”: unqualified, standard qualified and highly qualified. The result would be “a fully informed and participating electorate” capable of taking the difficult, long-term decisions needed to rekindle economic vitality.

At one level, these ideas arrive as something of a relief, for without them Edge of Chaos would be a surprisingly dull affair. Moyo, an economist who once worked at Goldman Sachs, made her name as a slayer of established wisdom in 2009 with Dead Aid, a bestselling blast against development assistance programmes. Since then, she has cultivated an image as a free-market polemicist.

Yet controversy does not equal wisdom, and sensing that her voting ideas may be hard to defend, Moyo pre-emptively rattles off reasons one might take against them, including their heritage as tools of racial and class discrimination. Although deployed rarely, weighted voting by wealth was practised in the Centuriate Assembly of the Roman Republic, and by race in British Southern Rhodesia, in what is now Zimbabwe. Neither are inspiring exemplars for democratic reform.

Moyo is also vague on exactly how her proposals would work. At one point she says that those who pass a policy quiz might see their votes get extra clout. At another she suggests that older or younger voters might be given a boost, or those with higher educational or professional qualifications.

The idea of weighted voting itself isn’t absurd: it is often used in the corporate world, for instance, to give extra oomph to different classes of shareholders. Even so, it seems odd to try and fix what ails democracy by doing away with one of its few elements that still commands almost universal approval — the egalitarian principle that every citizen’s vote should count equally.

Proposals to give extra weight to educated voters seem especially wrong-headed. The divide between those with university degrees and those without is already one of the deepest in western democracies, and among the most reliable predictors of voters’ views on Brexit or US president Donald Trump.

Moyo insists hers would in fact be a “truly meritocratic” system, in the sense that all citizens should at least have the chance to win enhanced status. Yet putting all that to one side, her proposal fails even on its own terms. “Democracy dominated by the ill-informed many can also prove hazardous to growth,” she argues. Yet it is far from obvious that tilting voting in favour of existing elites would actually see them support wise, long-term policies, rather than their own narrow short-term interests. The idea that changes to electoral rules will reliably lead to an increase in long-run growth seems fanciful.

All of this is a shame, because there is much in Moyo’s case that is defensible. Liberal democracies clearly are in a funk. Global growth has been slower after the financial crisis than before it. Most importantly, western democracy, and especially the US, clearly is struggling to deliver long-term policies in areas such as infrastructure investment and public service reforms.

Yet the answer to these problems of short-termism are unlikely to be found by introducing divisive voting reforms that would hurt the interests of those who already feel voiceless. Indeed, in a moment of popular anger against elites, few proposals seem more precisely targeted to bring about just the kind of popular revolt against democratic capitalism that Moyo says she is ostensibly trying to prevent.

Edge of Chaos: Why Democracy is Failing to Deliver Economic Growth — and How to Fix It, by Dambisa Moyo, Little, Brown, RRP£20, 320 pages