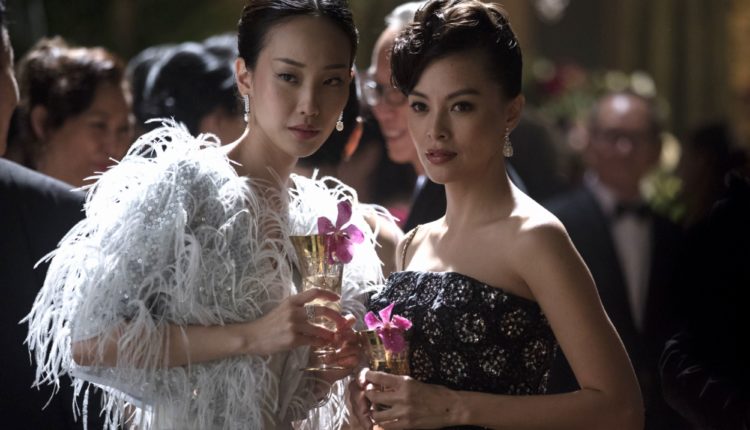 “Crazy Rich Asians,” which has topped U.S. movie charts, gives a brazenly self-confident view of the continent’s moneyed elite. Drenched in brand-name excess, the film has been praised for its breakthrough all-Asian cast. But rather than a celebration, Crazy Rich Asians should be viewed as a warning: of a continent once admired for inclusive growth now suffering a new era of rising inequality.

Not long ago even extreme Asian wealth seemed welcome. Few of the continent’s early tycoons made their fortunes without a single-minded  ruthlessness that was often criticized, from Hong Kong property baron Li Ka-shing to pioneering Indian industrialist Dhirubhai Ambani, father of Mukesh Ambani, presently Asia’s richest man. But against a backdrop of recent poverty, these early super-rich were a sign of renewed entrepreneurial vitality. More importantly, their wealth came alongside economic growth that was both rapid and equitable.

Much the same was still true when author Kevin Kwan published Crazy Rich Asians in 2013. A romantic satire, the novel told of Chinese-American professor Rachel Chu, who visits her boyfriend Nicholas Young in Singapore, only to learn that was heir to one of Asia’s most impressive family fortunes. It is the specifically aristocratic quality of this wealth that gives Crazy Rich Asians much of its zest. “You really should have told me you’re like the Prince William of Asia,” Chu says at one point. “That’s ridiculous,” he replies. “I’m much more of a Harry.”

Yet in the five years since the novel’s publication, research has revealed a far more alarming picture of a continent growing less equal for decades.

Viewed by the Gini coefficient — a measure where 0 indicates perfect equality and 100 means one person owns everything — Asia’s ranking shot up from 37 to 47 between 1990 and 2014, according to the International Monetary Fund. Earlier this year, the World Bank also published “Riding the Wave,” an important report bemoaning the end of Asia’s inclusive growth model. It suggests Asia is set to overtake sub-Saharan Africa as the world’s second most unequal region after Latin America.

In a continent this large, with 4.5 billion of the world’s 7.5 billion people, it is of course hard to paint an entirely uniform picture. Most Asian economies have much less wealth disparity than the U.S. Measured only by the gap between rich and poor nations, Asia has in fact become more equal over recent decades, as China caught up with the rest.

When you look at wealth disparities within countries, much of Asia’s recent increases in inequality have come in China and India. Southeast Asia’s picture is more complex, with poorer nations like the Philippines and Indonesia showing rising income inequality while the likes of Malaysia and Thailand become very marginally more egalitarian. Singapore, where Crazy Rich Asians is set, remains one of Asia’s least equal countries measured by income. Inequality in the city state rose for much of the last three decades, although it has dipped slightly since the 2007 global financial crisis.

Yet the broader pattern is clear enough. Almost no Asian country has made rapid reductions in inequality of late. A rising tide that once lifted all boats is now mostly lifting those at the very top.

There are good reasons to worry about this. Countries with high inequality tend to grow more slowly, in part because their middle classes consume less. They also show less stable development, often because they fail to introduce kinds of structural reforms that support long-term growth. Other research suggests wealth extremes corrode public institutions, which begin to respond only to the interests the elite. Indeed, this seems a fair description of Malaysia’s recent history under ex-Prime Minister Najib Razak, who was engulfed by a series of corruption scandals prior to his election defeat in May.

Not everyone agrees with this picture. American economist Caroline Freund, for instance, argues extremes of wealth are a natural offshoot of the kind of creative destruction that accompanies globalization. Here she is thinking of the rise of billionaire entrepreneurs like Alibaba’s Jack Ma from China or Grab’s Malaysian co-founder Anthony Than, both whom built admired businesses without recourse to crony capitalism, or what economists often call “rent-seeking.”

Freund suggests East Asia actually has a good record creating this kind of dynamic, competitive wealth. Yet even here the authors of Riding the Wave find reasons for concern. “If that dynamism solidifies over time into elite capture and wealth concentrated in sectors from which high rents could be extracted, however, the growth-with-equity model may face a worrisome challenge,” they write.

As it happens, this is just the kind of wealth portrayed by Crazy Rich Asians. Young himself is the scion of a property empire, a classic old economy sector. Almost of his plutocratic circle inherited their wealth. The only character that actually made his own money is a struggling software entrepreneur, portrayed as a borderline social failure.

The risk is that these types of social divisions will in time bring about just the kind of populist political backlash that engulfed western nations following their own decades of galloping inequality. Protecting against such an outcome will require various policy measures. Part of the answer, the World Bank suggests, will come from helping those at the bottom, for instance by making it easier for those with gray market jobs to join the formal economy, and especially so for women. Other steps must target the top, from sharply more progressive tax systems to aggressive competition policies to check the family-owned conglomerates that still dominate much of Asian business.

Above all, Asian economies need to create more effective state institutions, capable of both enabling and redistributing wealth. Being crazy rich is fun. But boring egalitarian Asians would enjoy a far brighter future.

Can the world keep growing?